The Philosophia Wheel of the Year

Women are increasingly seeking to explore their spirituality, honour the natural cycles and reclaim the lost rituals of the Wisewoman.

As a therapist and priestess, I specialise in teaching women about the mythological cycle of the year, guiding them on a path of healing and empowerment using transpersonal techniques such as guided meditation, ritual and creative expression. 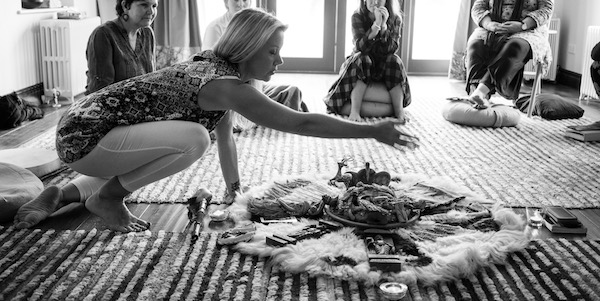 This article is part of a series exploring the different celebrations, myths and archetypes associated with the pagan festivals of the year, woven with stories from my life.

The Festivals of February

The name of the month February is derived from the Roman goddess Juno Februa, latin for ‘religious purification’, whose festival was held on 2 February. In the early Roman calendar, March was celebrated as the first month of the year, so February was a time of cleansing and letting go of the past in order to make way for the rebirth of Spring.

The celebration of Februalia became associated with Vesta, goddess of the hearth, due to the use of fire as a means of purification. Similarly, the Celtic festival of Imbolc is celebrated on 1 February, dedicated to the fire goddess Brigit of the hearth, purification and healing.

Juno Februa was also worshipped at the Lupercalia, a festival of purification and fertility, held on the Palatine Hill on 15 February in honour of the founders of Rome, the twins Romulus and Remus. The Palatine Hill rose above the Lupercal cave where the twins were suckled by the mythical she-wolf. The totem animal of February therefore became the Wolf who also accompanies Brigit.

Women who desired either to conceive or to give birth with ease took part in the festival, mirrored once more in Brigit’s role as protector of childbirth and children. 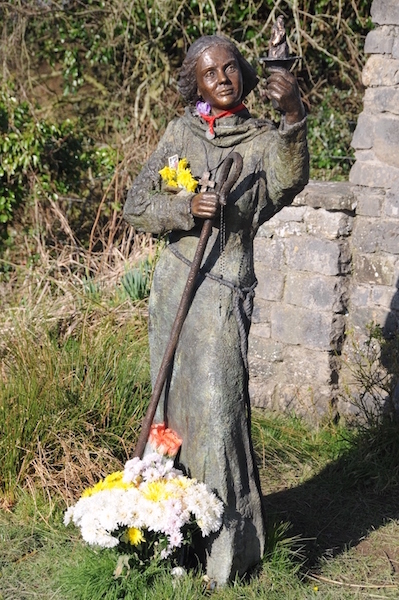 At the beginning of my novel The Serpent’s Tale, set in Italy at the time of the witch-burnings, a storyteller arrives in a taverna on 2 February, where the villagers are gathered to celebrate the Purification of the Blessed Mother, also known as Candelora because the priests blessed their congregations with candles and kindled new fires in their churches. Addressing the villagers, the old storyteller’s gentle voice fills the silence:

Fire is the oldest form of divinity. The flame is one of the gateways through which we can enter the place of stillness that lies within, where we can speak to the spirits of our ancestors and come to know their ancients beliefs. It is the spark of wisdom that lives within each of us.

The Roman Church chose to celebrate the purification of the Virgin Mary on the second day of February because purification rites had been held on this date in honour of the wolf goddess Lupa and wolf god Lupercus.

But the ritual lighting of candles and fires held a very different meaning for our ancestors. Instead of celebrating the cleansing of the divine Mother following childbirth, the Festa di Lupercus served to reawaken our ancestors’ primal nature, which is at its most powerful when a woman gives birth.

The filth that needs purging is not the blood of childbirth but the yoke of domestication. On this night, our peasant ancestors cast aside their fears and threw off their shackles of servitude. They ran with the wolves! They ran to freedom!

A powerful way in which to journey with the energies of February is to create your own altar and fire ceremony. This could be in your home with the simple lighting of a candle or the kindling of your fire. 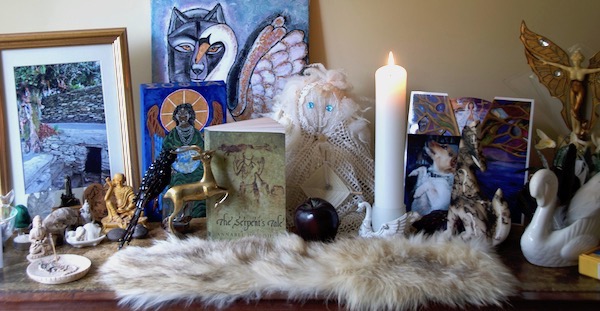 Spend some time staring into the dancing flames, allowing them to lead you into a meditative state where you can listen to your inner voice or those of your ancestors.

Write down all the things that you would like to release from your life before you welcome the rebirth of Spring. These might be challenging experiences, painful memories, fears, negative relationships or unfulfilling jobs.

Allow the fire to burn away all that no longer serves you by offering your piece of paper to the flames in gratitude for all that has come to pass.

You can also burn some herbs such as White Sage leaves, which are used by the indigenous cultures of North America to cleanse negative energy, feelings and thoughts.

The totem animal of February is the Wolf, symbolising the free, untamed part of ourselves that is beholden to no-one but our Authentic Self.

Many of us find ourselves shackled by modern day constraints, juggling multiple demands, often working to provide financially whilst simultaneously parenting our children or caring for loved ones.

Carrying such a heavy load can feel overwhelming at times, but working with the energies of Wolf can help us to see how we can set ourselves free and run wild once more.

Listen to my 5 minute Guided Meditation with Wolf

When I was in my first year training as a Priestess of Avalon in 2002, I was unable to attend the Imbolc workshop as my disabled daughter’s surgeon had scheduled her operation for the feast day of Brigit, protector and healer of children. Whilst in hospital, and inspired by Brigit as the patroness of poets, I wrote a song for her.

Since then, my song has been sung at the Imbolc ceremony of the Glastonbury Goddess Temple every year, eventually by Sophia in 2011 when she was 11 years old and led the procession through the streets of Glastonbury, carrying Brigit’s flame.

Eight years later to the day, my disabled son Zac had his life-saving surgery aged ten weeks, whilst the pagan Goddess community in Glastonbury prayed for him at their Imbolc ceremony and sung our song. 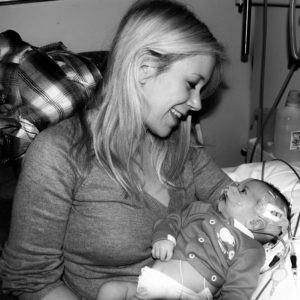 There is no doubt in my mind that a divine energy intervened to ensure that my children had their operations on the feast day of the goddess of healing and protector of children.

We may not understand sometimes why we are faced with challenges in what can seem like the cold, harsh wintertimes of our lives, but trusting that we are supported and guided by a divine energy greater than ourselves can bring us strength and comfort, reminding us of the warmth and hope of the springtime to come.

This February, I wish you the blessings of purification, of freedom to run with Wolf and of healing in the arms of Brigit.