6500 years ago, our Neolithic ancestors of the British Isles and Western Europe began building their megalithic monuments, many aligned as ritual resurrection chambers to the heliacal rising of the planet Venus and star Sirius, 1000 years before the Sumerians in Ancient Mesopotamia, where the teachings of the Black Goddess were also taken from Africa via Mount Sinai.

Sumeria was the first culture to write down the foundation Myth of the Descent and Ascent of Inanna, inspired by the astronomical cycle of the planet Venus with its 7 waning and 7 waxing moon conjunctions, which trace a Pentagram in the centre of a Celestial Rose, as featured in our logo since Beltane 2018 when The Avalon Rose Chapel® first opened its doors on the Isle of Avalon, Glastonbury. 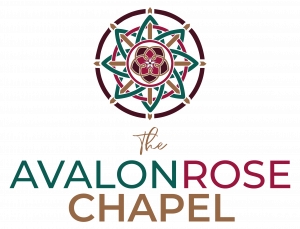 The name given to the spiritual Wisdom tradition that evolved from this Venus Rose inspired mythos is the Rose Lineage, of which Mary Magdalene and Yeshua, as the later embodiment of the mythological Venusian Black Goddess of Wisdom Sophia and her Sirian Bridegroom Christ ‘Kasista’, were Priestess and Priest.

I’ve spent 30 years tracking the Rose Lineage from its origins in Africa and Neolithic Old Europe to Bronze Age Mesopotamia, the Levant and Egypt, to the Greco-Roman world and the early Christian Gnostics, who brought these spiritual Wisdom teachings back to the British Isles, where they wove together with those of Celtic-Druidism on the ancient Isle of Avalon, Glastonbury in the Summerlands, which some believe once leant their name to Sumer in Ancient Sumeria.

This Wisdom tradition was kept alive by secret societies and in hidden codes like the Tarot after it was forced underground by the patriarchal Church, and remnants of it still survive within the Cult of the Black Madonna in Southern Italy, where I was initiated onto the Path of the Rose in 1992. 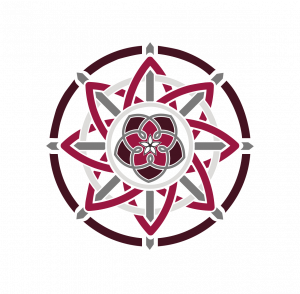 The Pentagram is also found in the centre of the Apple, the Fruit of Wisdom, and it is from these shared ancestral roots of honouring Venus, Sirius, the Rose, the Chalice-Grail, the Pentagram and the Apple of Wisdom, that the branches of the Rose, Celtic-Druidic and Avalon Lineages have blossomed in these sacred lands of Avalon, the Isle of Apples, from their singular Tree of Life, which I call The Avalon Rose Lineage.

My Rose Lineage Programme of online trainings and in-person pilgrimages is a powerful way in which I facilitate your own experience of The Avalon Rose Lineage, energetically anchored in The Avalon Rose Chapel®, which is situated on an ancient island in the Great Lake of Avalon, within the Glastonbury Zodiacal Dog and beneath the Dog Star Sirius.

I invite you to explore this spiritual Wisdom tradition, which has so much relevance for those of us seeking a spiritual path outside the confines of patriarchal religion’s limitations. Allow me to peel back the layers of patriarchal distortion to reveal your spiritual and mythological heritage, and to guide you along your own path of gnosis or self-knowledge through a combination of esoteric teachings, myth, archetypes, creativity and ritual, designed to heal, inspire and empower you.

The original Venus Cycle Membership since 01.01.2019. Join me and our international circle online for the next 19-month archetypal soul-development journey aligned to the Venus Cycle. Live from The Avalon Rose Chapel, I will guide you in how to use the Venus Cycle for your healing, inspiration and empowerment.