Born in 1972, my fascination with the Rose & Celtic lineages and my Gnostic bloodlines was inspired by my Irish lineage grandmother Moira, a storyteller and singer, and my Scottish-Jewish lineage grandfather Joseph, Grand Master of a Masonic Lodge, as Freemasonry was one of the ways in which the Rose Lineage survived as an esoteric mystery tradition following the Church’s violent suppression of it in the 13th-16th centuries. 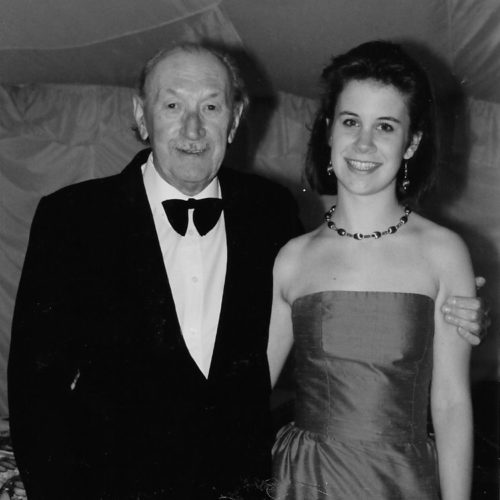 In 1991, whilst studying for my BA degree in English, when I first read the Greek Myths and Medieval Mystics of the Rose Lineage, I asked the question “Why is God male?” From 1993-96, I spent my summers in a rural village in Southern Italy where I became fascinated by the quasi Pagan-Catholic veneration of the Virgin Mary and the Black Madonna as Gnostic embodiments of an ancient Black Earth Mother Goddess, and where I later set my novel The Serpent’s Tale. 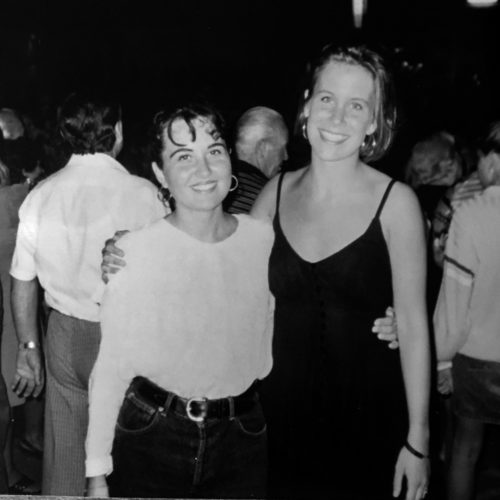 In 1995, as a voluntary aid worker at an orphanage in Cusco, Peru, I became aware of the high levels of alcohol abuse and domestic violence, and the negative social impact of the RCC’s influence on the government’s contraceptive ban which led to a rise in maternal mortality, backstreet abortions, AIDS, poverty & street children. 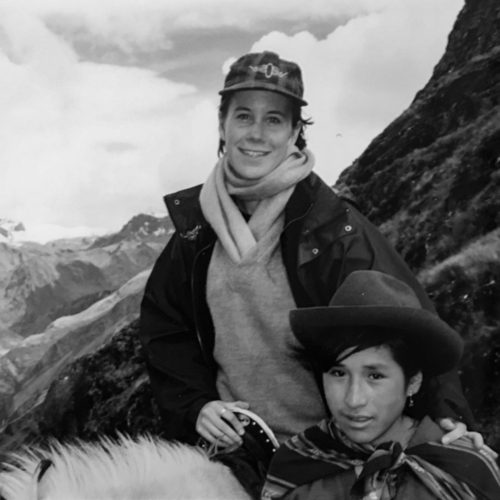 I was living in the house of a Peruvian shaman and travelled with him throughout Peru, from the Andes to the Amazon, where I took part in an Ayahuasca ceremony with a tribe he had lived with, whilst he taught me about the Inca goddess Pachamama, Mother Earth spirituality, shamanic ritual and drum journeys. 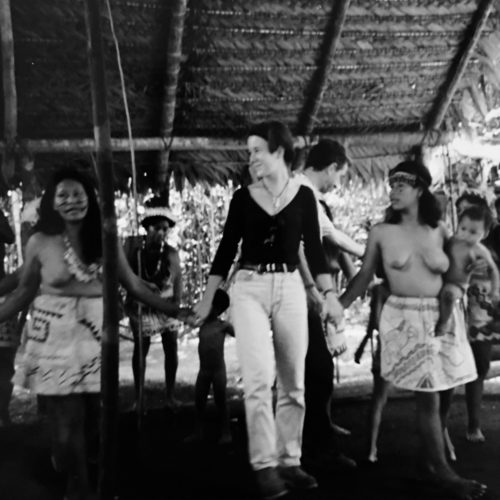 Back in London from 1996-9, I struggled with suicidal depression, self-harm and alcohol dependency due largely to the abuse I suffered as a child. I embarked on 8 years of weekly CBT with a Professor of Psychology at UCL whilst completing my MSc degree at LSE in the Sociology of Religion from a feminist perspective. 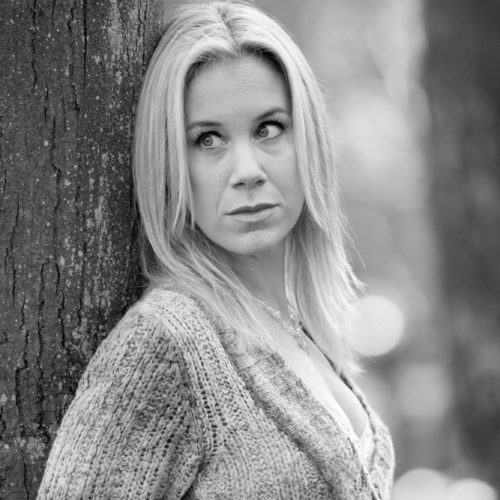 My MSc thesis compared the role of women and the Feminine Divine within Ancient & Contemporary Paganism, Gnosticism and Christianity, looking at how patriarchal religion appropriated and manipulated the pagan and Gnostic mythology of the Rose & Celtic Lineages in order to control women in society. 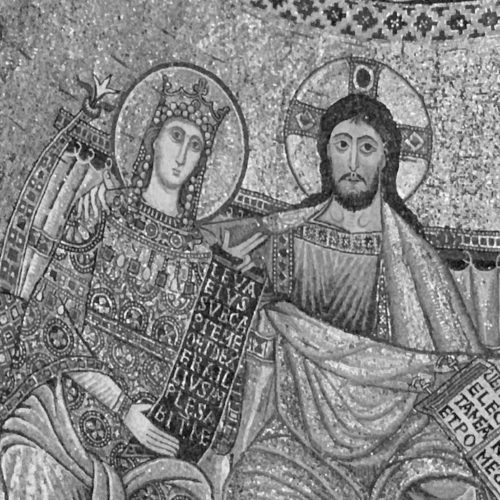 My ensuing MPhil/PhD research, inspired by my experience in Peru, focussed on the reproductive rights of women in the developing world with reference to the Holy See’s Permanent Observer State status at the United Nations, research that was used by Panorama for its documentary in 1999 (#SheDecides 2018) 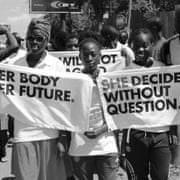 In 1999, my post-graduate studies were cut short by the birth of my daughter Sophia Mary who was born with a life-threatening syndrome, requiring life-saving surgery at birth and 11 further operations. During the years that I nursed her, I continued to study the Rose & Celtic Lineages and the mythos of Sophia, Black Goddess of Wisdom, whilst my daughter Sophia led me repeatedly on the Sophianic descent and rebirth of the Soul. 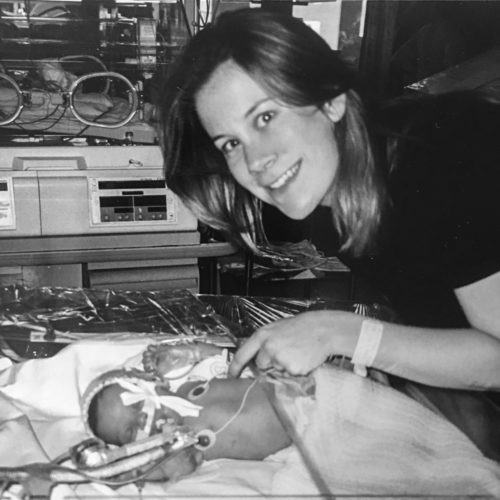 As a creative coping mechanism during those years, I combined my knowledge and experience into the writing of my Gnostic, historical novel The Serpent’s Tale, based in 16th century Italy at the time of the witch-burnings. And in 2001, I began my Priestess of Avalon 4-year training with the Glastonbury Goddess Temple and have worked ever since at the annual Glastonbury Goddess Conference, including 4 years as 1 of the 9 Ceremonialists. 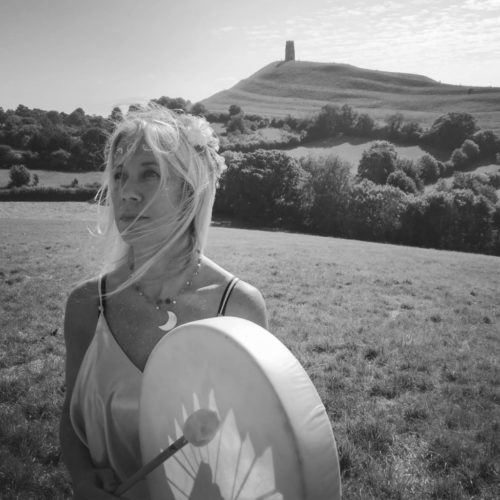 I have created and held numerous ceremonies internationally, from fire rituals to Baby Naming ceremonies to a Bride-To-Be ceremony in Stonehenge Inner Circle, to large Handfastings, to Conferences with hundreds of participants. I also trained as a Spiritual Healer, completing my Reiki I (2002) & II (2006) & the National Federation of Spiritual Healing training (2006). 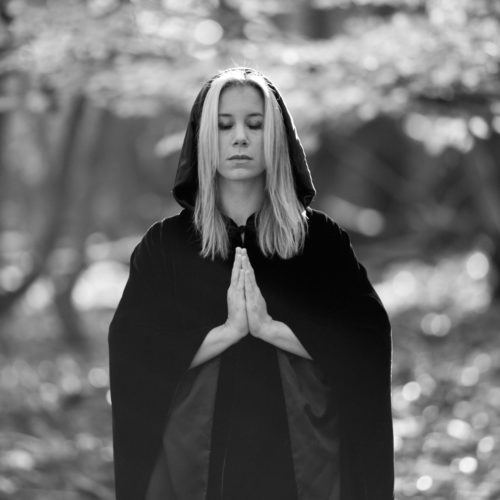 In 2003, I gave birth to my daughter Jasmine Tara but relapsed into post-trauma depression and self-medicating with alcohol. This time, my journey of recovery took me even deeper as I embarked on 6 years of Transpersonal Psychotherapy with Carolyn Proctor, who was trained by Dr Christine Page, author of the Return of the Great Mother and the Handbook of Women’s Mysteries. 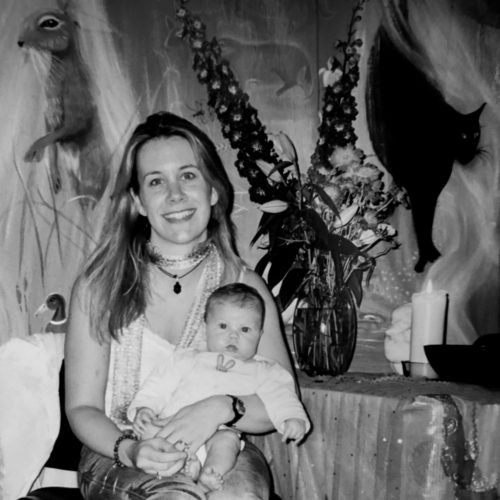 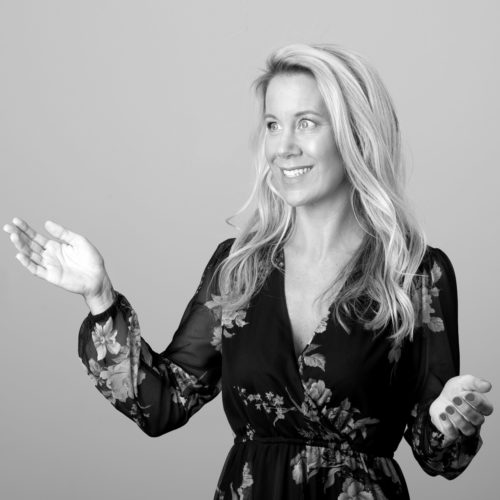 Since 2006, I have worked extensively with private and corporate clients and in the voluntary sector, providing 1:1 therapy and coaching as well as writing and running self-development workshops, courses and retreats. From 2006-12, I worked for the UK’s leading mental health charity, supporting sufferers of severe & enduring mental health difficulties. 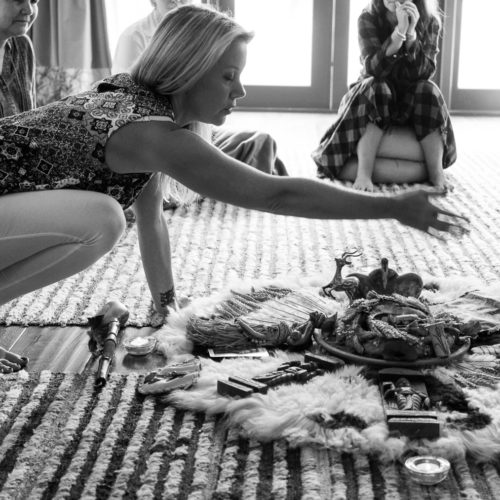 An expert in the mythology, archetypes and symbols of the Avalon, Rose, Celtic & Gnostic Lineages, I combined my academic knowledge with my spiritual and transpersonal trainings to create an unique and highly effective way of helping clients to work deeply with their psyche, interpreting their meditations using a technique Carl Jung termed ‘amplification’. 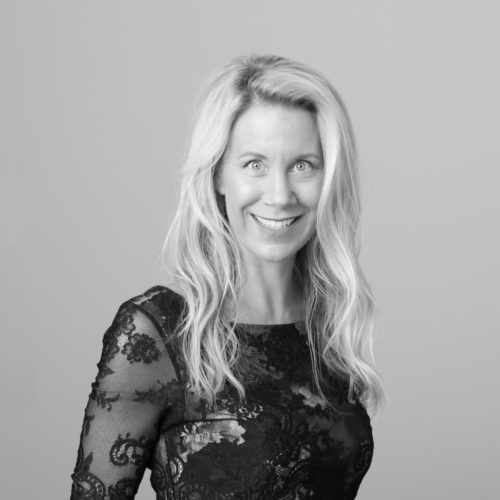 In 2009, I gave birth to my son Zac, who was also born with a rare, life-threatening syndrome and multiple disabilities including facial and oral paralysis, rendering him unable to breathe, feed, speak or smile. I am the only known mother in the world to have two children with these two differing and rare syndromes, who together I have nursed through 19 operations. 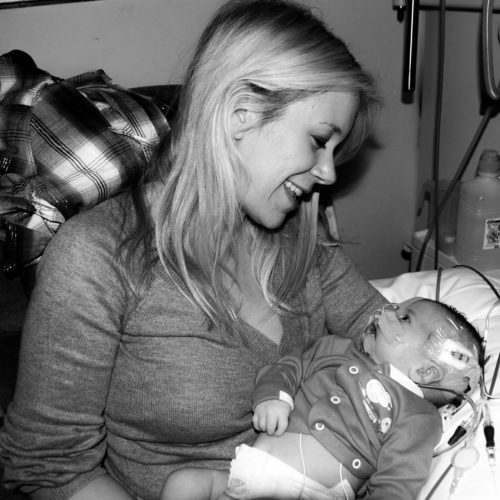 As a creative way of coming to terms with the very challenging years nursing my son, including resuscitating him several times a day, I spent 9 months painting ‘The Healing Womb’ art installation, which had its debut in 2012 and hung in the Chapel, which provides funded workshops for women who are struggling with child loss, childlessness, mothering special needs children and pregnancy termination. 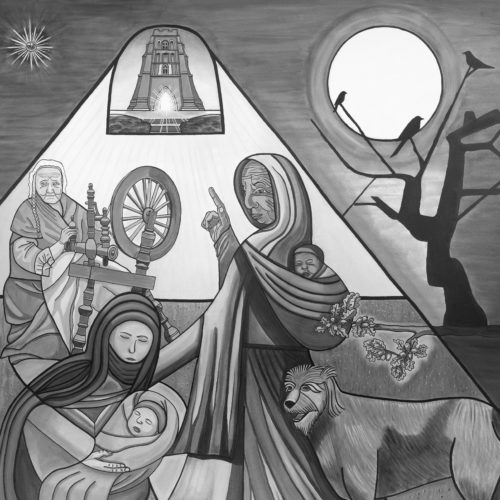 Like all life cycles, I find myself back at the beginning where I started 30 years ago but now with the strength and compassion from surviving life’s challenges to be able to support and empower other women. In 2014, inspired by my experience with the Quechua women of Peru in 1995, I opened my Shop in Glastonbury specialising in the sale of indigenous art and craft. 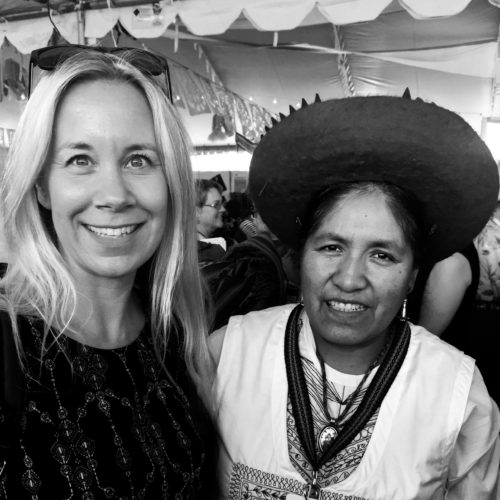 I am committed to fair and ethical trade, supporting women’s co-operatives and low-income artisans in Peru (Quechua), Morocco (Berber) and the Sinai Peninsular (Bedouin), as well as the Native American pueblo tribes of New Mexico. When I was forced to close my retail premises in August 2020 due to the pandemic, the Shop moved fully online. 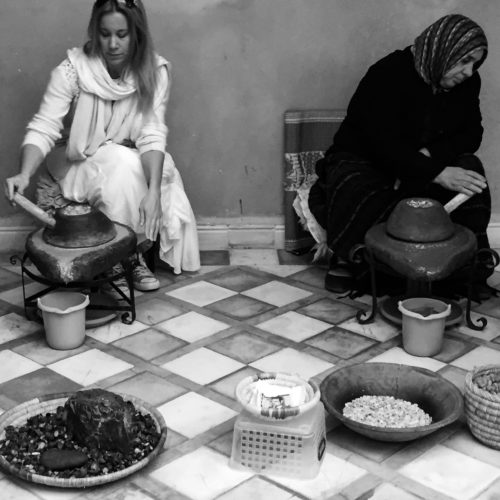 As a Sacred Drummer, Singer & Dancer, I have performed at the Glastonbury Goddess Conference, as well as alongside my daughter Sophia CDB with artists such as Nalini Blossom and Alessandra Belloni, the world expert in the rhythms, chants & trance dances of the Black Madonna, with whom we’ve trained in Italy & New York. 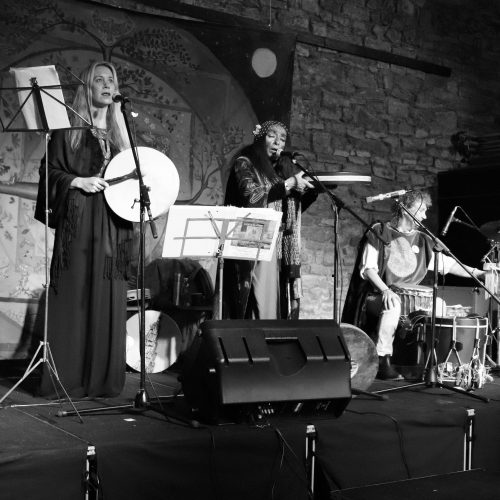 At Beltane 2018, I founded The Glastonbury Gnostic Centre & Chapel, which hosted my Events as well as those of other practitioners, and was open for prayer, run by a dedicated team of volunteer priestesses. I also co-founded The Glastonbury Gnostic Chapel Ltd charitable company, which held events such as our Mary Magdalene Feast Day to raise funds for charities like Unseen which is working towards a world without slavery and exploitation. 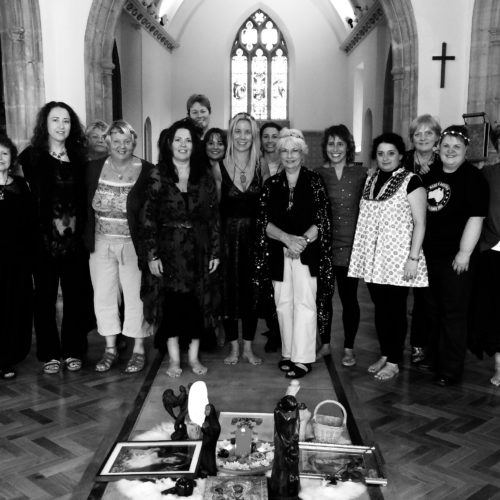 In 2020, I was forced to close the premises due to the pandemic. Under its new name of The Avalon Rose Chapel®, I moved its services online alongside my existing Online Workshop programme, and we continued to raise funds for charity via our JustGiving Team. I am so grateful to have since been able to purchase a Grade II Listed Chapel on one of the islands in the Great Lake of Avalon, where The Avalon Rose Chapel® now has its new home and where we hold a series of in-person Events. 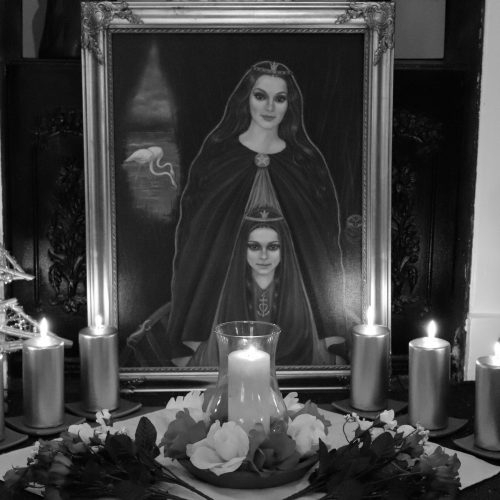 I remain passionate about campaigning on women’s rights through my book, talks and blogs, especially in relation to patriarchal religion, as well as challenging the stigma associated with mental health difficulties and special needs. I am an experienced speaker for organisations such as the GOSH Charity and WI, and use my personal experience to inspire & campaign. Please contact me to discuss the possibility of me giving a talk or workshop at your event. 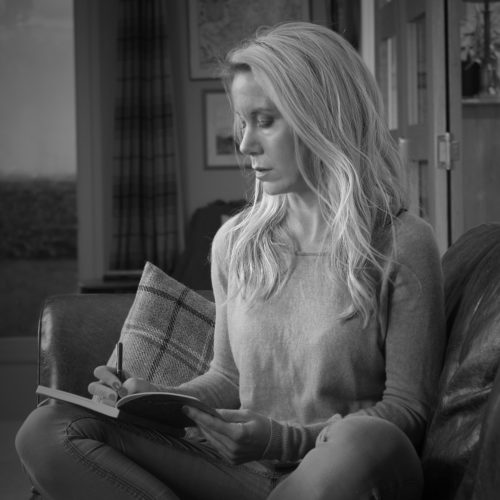